A retreat for campus ministry staff

Discover trends and data beyond your own organization or denomination of what God is doing on college campuses.

Build relationships with other campus ministry leaders and discuss the struggles and successes of college work.

We’ll be talking about how to teach and empower our students to be missionaries where God has already placed them on campus, whether that’s their major, dorm, sports team, club, etc. It’s not about how to bring non-believing students to us, but how to go to them and meet them where they’re at.

If this is your heart, we’d love to see you there! We want you to get the chance to be equipped by leaders of various ministries on how to do this, and to share your own perspective and experience.

JR Woodward is a church planter, activist, missiologist and author of Creating a Missional Culture (IVP, 2012) and The Church as Movement (IVP, 2016). He’s planted churches on the East and West Coasts and he co-founded Kairos Los Angeles, the Ecclesia Network, the Solis Foundation and Missio Alliance. He currently serves as the National Director for the V3 Church Planting Movement. He serves locally at the District Church in Washington DC and is pursuing a PhD at the University of Manchester (UK). He loves to surf, travel, read, skateboard and meet new people. He enjoys photography and film and tries to attend the Sundance Festival whenever he can.

Erik passionately pursues the spontaneous expansion of church planting movements (CPM) in the Western context. His journeys among the First Nations people of North America inspired his love for planting Jesus-centered movements that bring transformation to families and communities. He was mentored by Dr. George Patterson and serves as a coach with Dr. Patterson’s People of Yes.

He recently created the DiscipleX initiative, a call to equip and send disciple-making multipliers to the ends of the earth.

Erik’s messages on the simplicity of Jesus’ call to make disciples have been featured on platforms such as TBN’s Top Three and iDisciple by Family Christian Bookstores. As an evangelist and mission strategist, he has empowered next generation leaders around the world to multiply disciples and simple church planting movements.

Erik and his wife have four children. Their love for friends, travel, and Jesus take them on many adventures together.

Dr. Leo Lawson has been a veteran 30-year campus missionary and church-planter on several college campuses in several states.  He is the Director of The International Center for Evangelism, Church-planting, And Prayer (ICECAP) and The Institute of Campus Evangelism, Church-planting, And Prayer (ICECAP).  He is also the President of The Association of Christian Educators and Administrators (ACEA) as well as The Association of Campus Evangelists in America (ACEA).  He has served as the Founding Dean of the Graduate School of Campus Ministry (GSCM) as well as the Academic Dean of the Campus Harvest Academy of Student Evangelism (CHASE).

Dr. Leo Lawson married his bride, Pat, in 1982 who gave him three wonderful children: Joshua, Jeremy, and Julianne; who have given him two daughters-in-law and a grandson.  Born in Louisville, Kentucky July 7, 1955, Leo graduated with his B.A. degree in Education from the University of Kentucky.  He graduated from Fuller Graduate Schools in 2000 with his M.A. in Intercultural Studies and in 2010 with his Doctor in Intercultural Studies.

After 8 years of Catholic grade school, Leo later graduated from Doss High School as its Senior Class President.  In the middle of his senior year, Leo began his relationship with the Lord at Auburndale Baptist Church.  During his first year at the University of Kentucky, Leo joined Campus Crusade for Christ which injected an evangelistic foundation into his call to ministry.  One and a half years later, Leo joined the Navigators which developed a passion for discipleship.  While living at UK’s Baptist Student Union, Leo served as a Baptist youth minister for 1 ½ years at Maple Heights Baptist Church in Fairborn, OH.  As the founder and president of the UK Christian Council, Leo finished his college career working with Maranatha Campus Ministries.

Upon gradation from UK, Leo began at Asbury Theological Seminary, but before finishing, he traveled across the US planting campus churches under the tutelage of a campus evangelist.

In 1981, Leo met Pat at Michigan State University where together they established Marantha Christian Fellowship, an on-campus Spirit-filled Evangelical church.  This church of 150 had at one time, 35 staff members, 25 of which were campus missionaries who did Bible Discussions with as many as 1000 students in the dorms.  Sending out 75 people to plant churches, forty-five of these people were in vocational ministry planting campus ministries and churches on several continents.  During his 12 years in the pastorate, Leo became president of the Lansing Pastors Council and also chaplain of the Legislative Bible Study for the Michigan Legislature.  Upon the purchase of their church building, the Mayor of Lansing came to dedicate the building as a community center to city.  Leo also served as the Regional Director over six states and eastern Canada as a member of the Apostle/Prophet Team of Maranatha Christian Churches and Campus Ministries until 1989.

After 12 years in the pastorate, Leo and Pat were called to the mission field, first on campuses in England, and then onto Texas.  In 1994 at the University of Houston, Leo and Pat first birthed a Victory Campus Ministry and eventually a church on the campus while assisting in campus ministries at the University of Texas, Rice University, and Texas A&M University.  To-date over 30 campus missionaries have gone into vocation ministry from that campus.

As an International Educational Consultant with Every Nation Campus Ministry, in 2008 he helped establish The Campus Harvest Academy of Student Evangelism serving as its Academic Dean and Director of Program Development.  Having completed his Doctor of Intercultural in 2010, he is now developing the International Center for Evangelism, Church-planting, And Prayer (ICECAP) near the University of Southern California campus as well as the Institute of Campus Evangelism, Church-planting, And Prayer (ICECAP).  The Center and the Institute train campus missionaries as chaplains for church-based campus ministry and campus parallel-church planting (See his doctoral dissertation: Passion Church: The Parallel-Church Planting Of A Postmodern Campus Church (2010 Fuller Seminary).

Jeremy Story  lives with his wife, Jenny, and their seven children in Austin, Texas. For over 20 years he has worked to encourage and train leaders to fervently pray and work  together to transform college campuses. Jeremy has worked with hundreds of campuses and has personally traveled to over 40 states and worked on 5 continents towards this vision. He has consulted with and trained CEO’s of collegiate non-profits, regional leaders, and hundreds of local campus ministers. He currently serves as the President of Campus Renewal, a ministry serving as a national catalyst to convene students and college ministers in united prayer and evangelistic mission to transform college campuses. Jeremy also serves on the Executive Committee of America’s National Prayer Committee, the board of the Awakening America Alliance, the Board of The National Day of Prayer, and the Executive Board of Intercessors for America.

Felicity Dale trained at Barts Hospital in London where along with her husband, Tony, she helped pioneer simple church concepts while in medical school and later in the East End of London. Now living in the United States, Felicity and Tony are actively engaged in training church planters. Felicity is a cofounder of House2House magazine/website, author of “An Army of Ordinary People” and the “Getting Started” manual on planting house churches, and has coauthored several books with Tony, including “Small is Big!” (formerly published in hardback under the title, “The Rabbit and the Elephant”) and “Simply Church.” Felicity speaks about the principles of simple church throughout the world. She and Tony have four grown children and live in Austin,
Texas.

Tony Dale, a British native, grew up in Taiwan and Britain and trained at the world- renowned Royal and Ancient Hospital of St. Bartholomew in London, England.   After practicing family medicine in Britain, he and his family moved to the United States in 1987.   Mr. Dale and his wife, Felicity, often travel abroad, bringing medical care and the Gospel to the nations. They are also actively involved in the house church movement, spending much of their free time supporting the publishing company they started, House2House Ministries, and publishing books on the subject of simplifying churches.  Mr. Dale is very committed to seeing the poor in the U.S. and abroad receive adequate healthcare in an economically sustainable manner.  Recently, he partnered with other like-minded medical and business professionals in Europe to begin a pilot project to bring healthcare to the working poor of India.  Mr. Dale also recently founded, and serves as CEO for, SederaHealth – a healthcare company whose “principle goal is to solve the health insurance cost problem for corporate America.”  Tony and his wife reside in Austin, Texas..

“When we come together from our different spheres of influence, we start to see that we are part of a bigger picture.” – Leo Lawson

“I came in feeling weary, and yet quickly felt ministered to by the worship, speakers and connecting with others.” – Trae Vacek 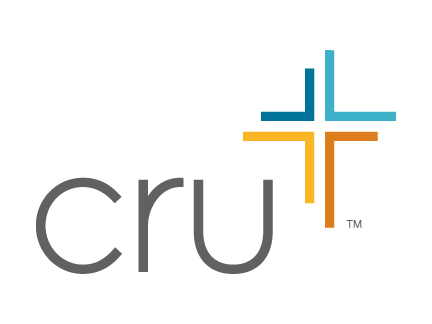 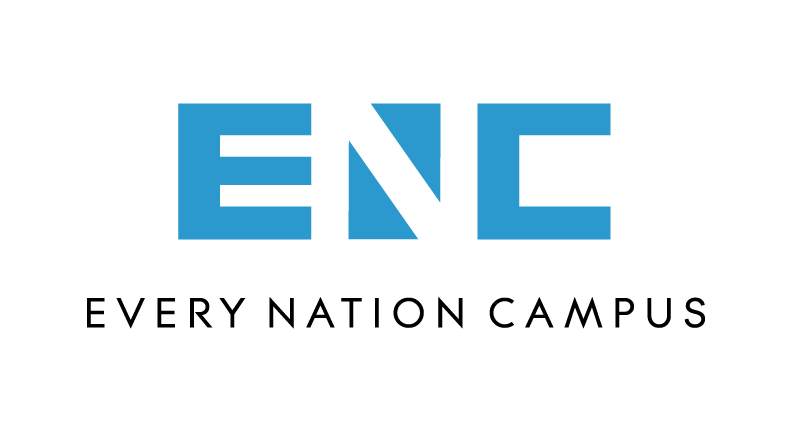 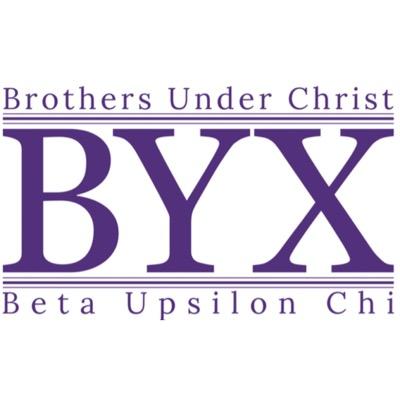 Attendees are from all over!

*In addition to a partial scholarship we are willing to ask others in your region on your behalf to help cover the cost to send you to the conference! 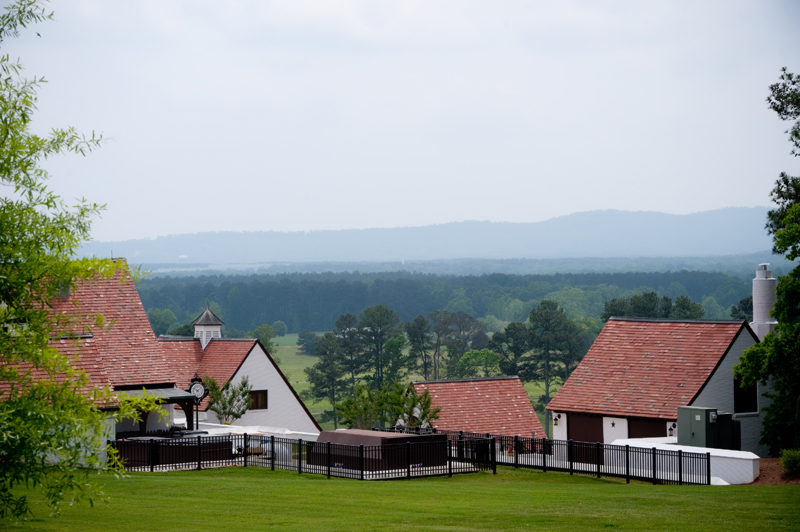 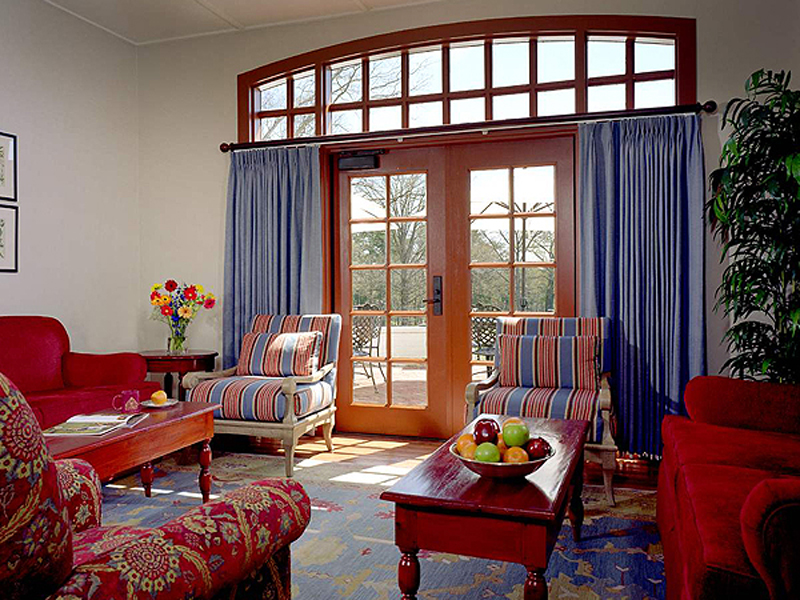 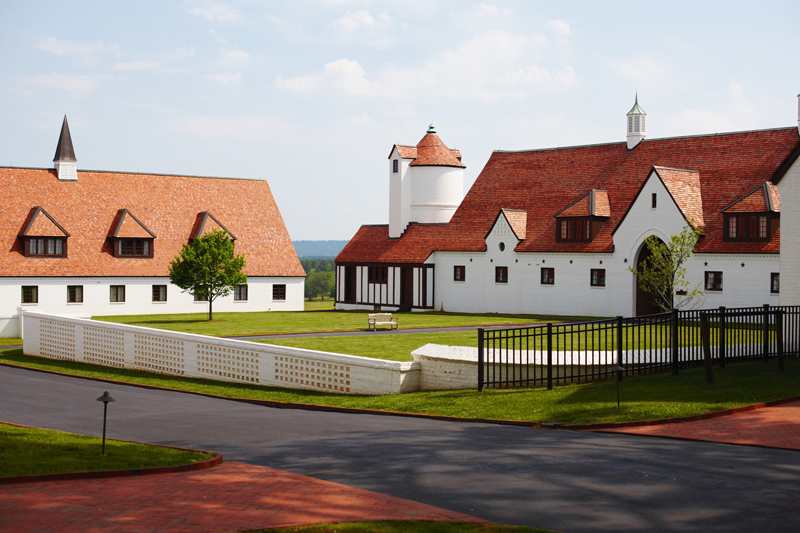 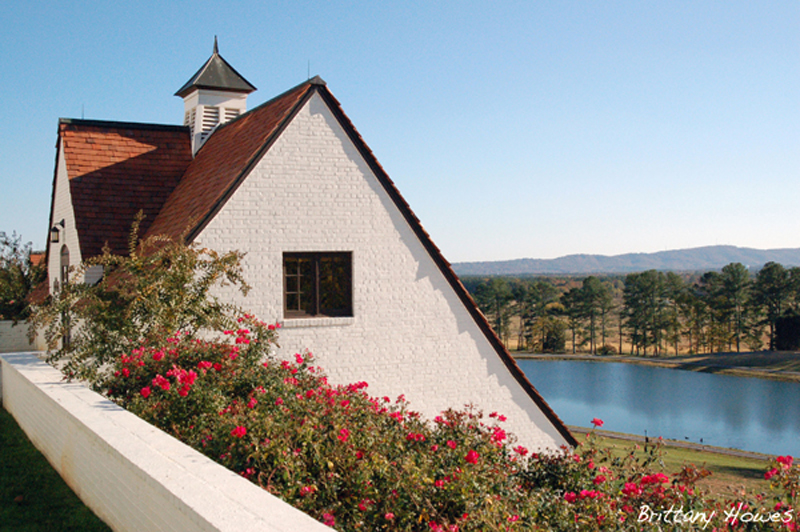 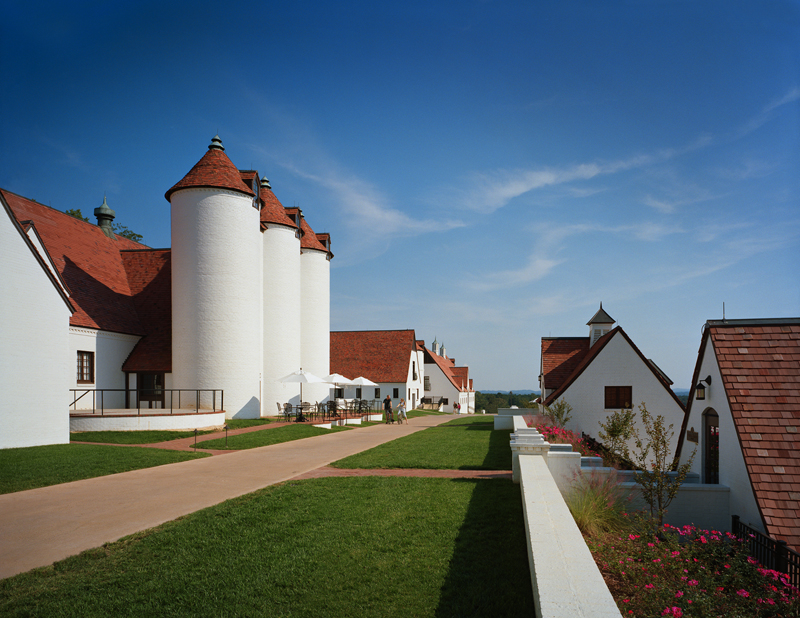 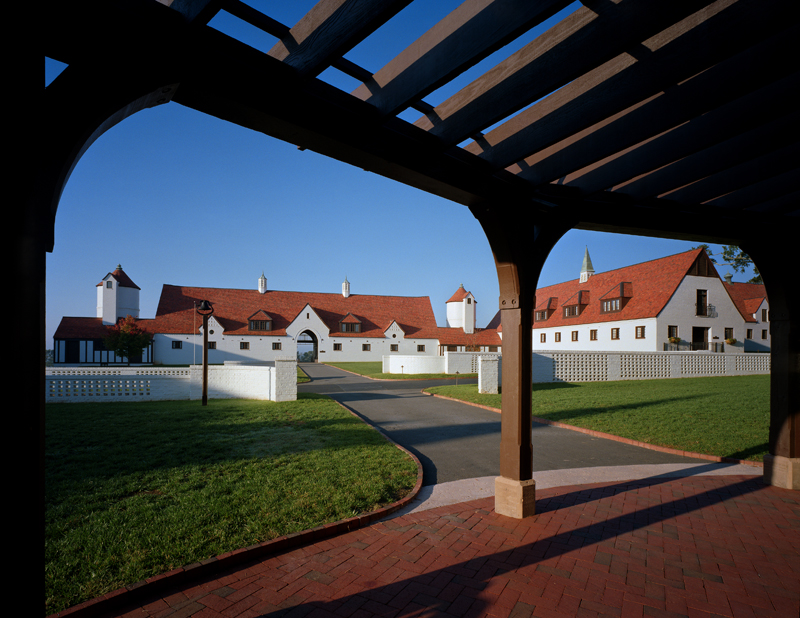 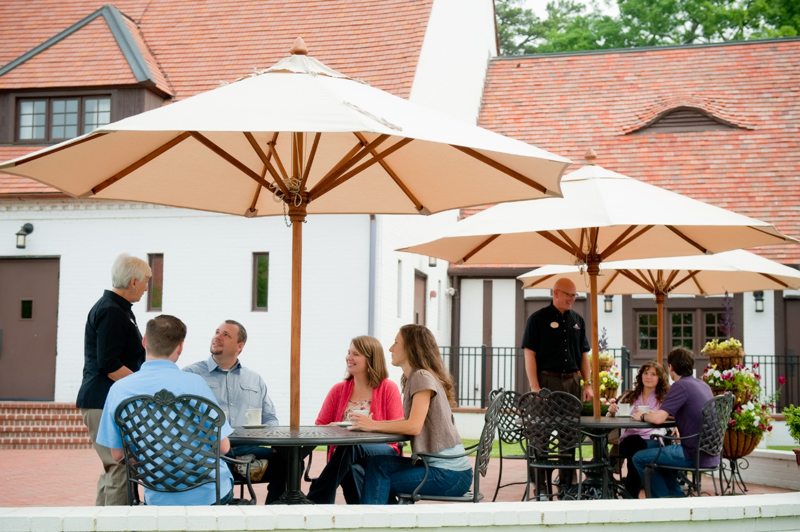 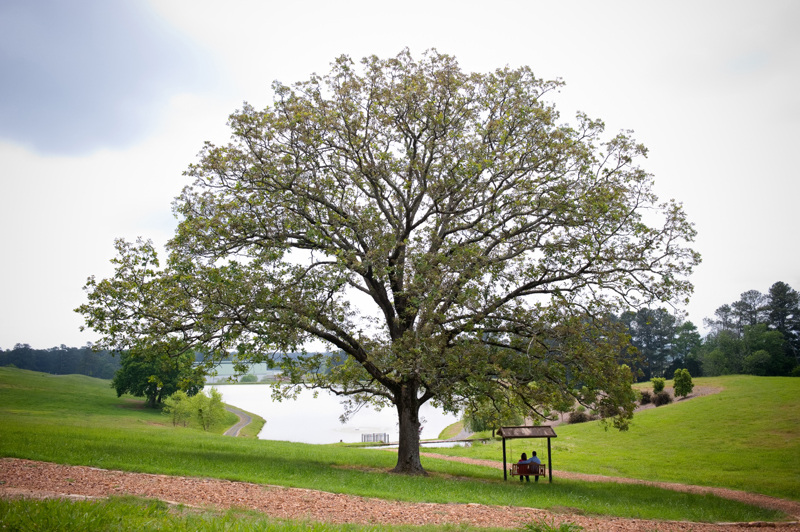 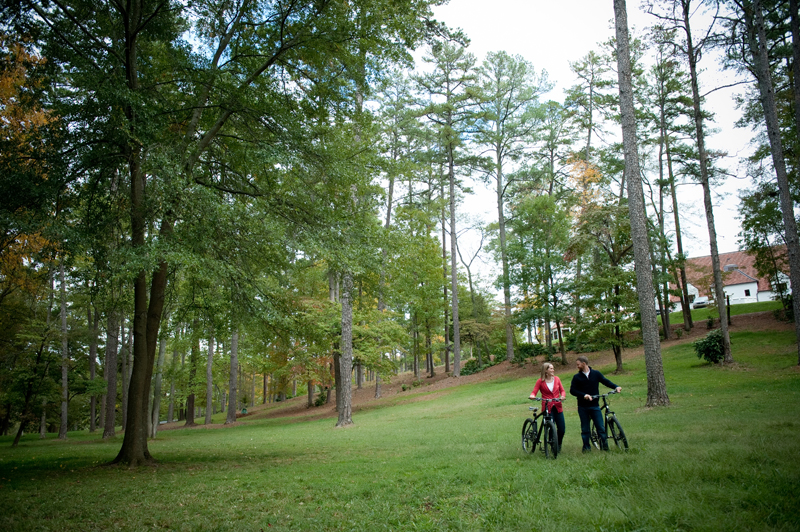 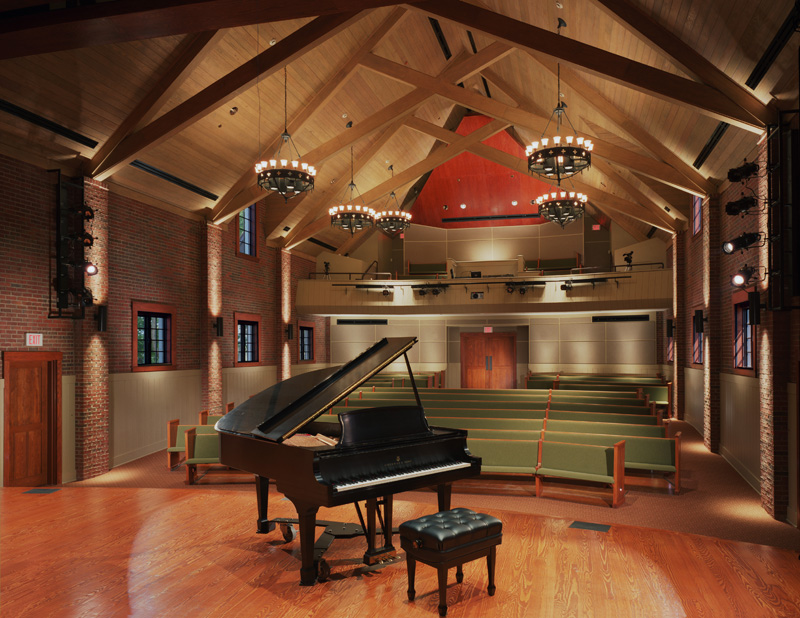 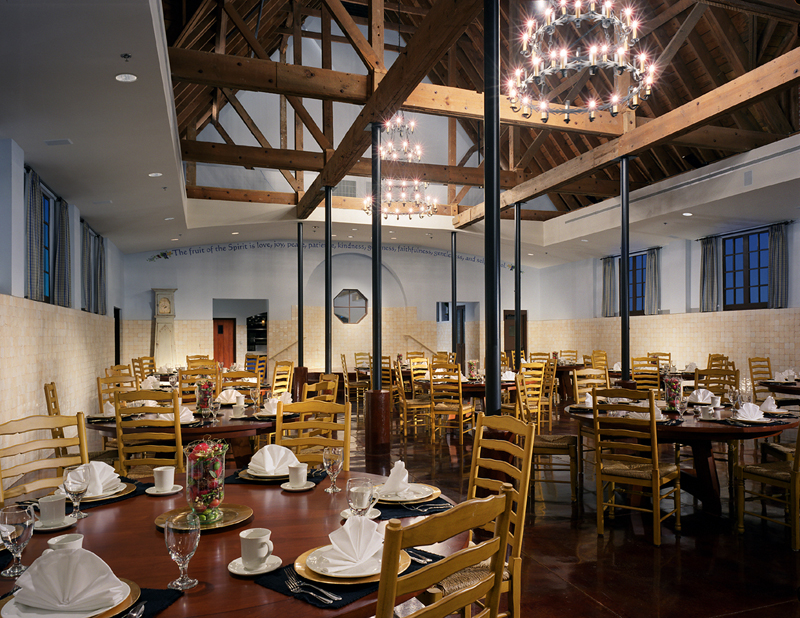 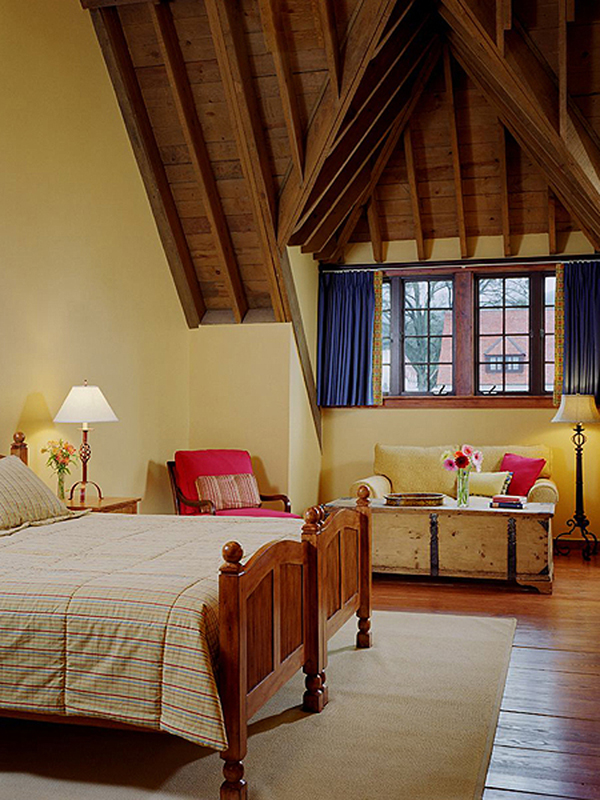 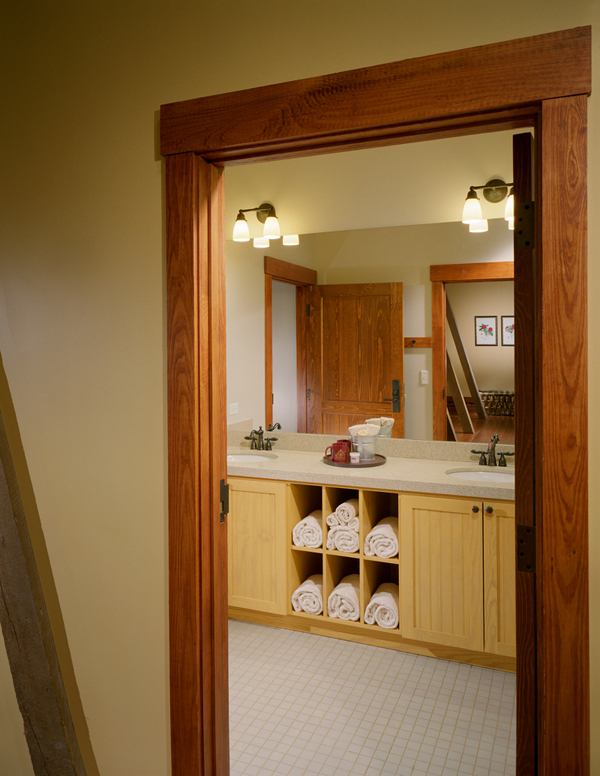 Provide a scholarship for attendees in need.

Although Campus Renewal is covering $100 of the $450 cost for ministry staff and pastors, many of the attendees are in need of financial help in order to cover the cost of the summit. Would you consider helping to reduce or cover the cost for one or more attendees?