Two years ago, a group of audacious dreamers at Appalachian State University in North Carolina came together to form banks to what God was stirring up on campus: a call for unity among the Body of Christ.

This became known as “Coalesce”, a monthly ,united, gathering of worship and fellowship.  Coalesce means to come together to form one group or mass.

As time passed, the majority of the people who paved the way for Coalesce graduated, leaving behind obstacles for those upholding the banks.

When banks are close in a river, obstacles in the way of the flow cause rapids.  Rapids can be scary—but they provide a way to be catapulted into the next section of the river!

The obstacles we faced on our campus became rapids when we sacrificed our personal preferences and focused on the bigger picture. Navigating those currents required authentic relationship, which didn’t happen overnight.  It demanded dreamers of the seemingly impossible—people who refused to let go of what God had done, is doing, and will do.

We are so thankful that God has used the obstacles and rapids we experienced in Coalesce to bring us into a new season of building a movement that not only focuses on corporate worship, but prayer and outreach as well.  As we move forward, we’re holding onto God’s promise in Isaiah 43:2:

“When you pass through the waters, I will be with you; and through the rivers, they shall not overwhelm you…” 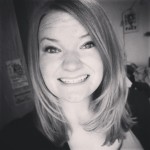 Laurel Littler is a senior Commercial Photography major at Appalachian State University in Boone, NC. She is a part of “Coalesce“, a united movement for Christ on her campus.