I love the way the Lord uses some of the most mundane things to bring Him glory. I saw an example of this first hand last week, when my outreach partner and I spent time one morning on campus at Kennesaw State University handing out free coffee and bananas. Our intention was to share the love of Christ with students, as well as invite them to our united event, FOCUS, coming up later this month.

A Blessing of Rain

It was a rainy morning. We had a late start, coffee was taking longer to brew than expected, we were both tired, and, of course, we set up our booth on the wrong part of ‘the green’ that we had not reserved. Thankfully God’s ability to move doesn’t change based on how we’re feeling.

Though it would seem that rain would put a damper on things, we actually found that rain worked in our favor because there’s nothing a college student wants more on a dreary, rainy morning than a warm cup of coffee and a dry tent to stand under for a little while. That being said, we were able to give away coffee and bananas to a little over one hundred students. We were able to converse with most of them, but a conversation I had with one student in particular stood out.

Ahmed approached our tent and said, “You guys are giving away free coffee? You just made my morning!” After he got his cup, we noticed he continued hanging around and was interested in talking with us. At one point in his conversation with another student, I overheard Ahmed say, “I give to people every week and I know I’m a good person.”

At this statement, my spirit jumped! This was a prime opportunity to share the gospel with him, especially the part people don’t usually want to hear, that “there is none righteous, no, not one” and that “all have fallen short of the glory of God”, but that “God demonstrated His love for us that while we were still sinners, Christ died for us.” (Romans 3:10, 23 & 5:28)

I looked at him and said, “Ahmed, do you know who Jesus is?”

He responded, “I’ve heard many of Jesus’ teachings.”

“Have you ever heard about what Jesus has done for you?” I asked. He told me that he hadn’t, so I asked if I could tell him.  He said yes, and at that, I began to share the Gospel with him.

This was the first time in his life that Ahmed had heard the Gospel!  He had been told before that Jesus was a prophet, he had even heard of Jesus being the Son of God, but he he’d never heard that Jesus died for him.

By the end of our long conversation, Ahmed had a lot of questions and seemed sincerely interested in knowing more. He said that he wanted to learn more about all religions before he decided to follow Jesus. He did, however, end up taking three Bible verses that we’d printed to give as encouragements to students, and said that he’d love to try to make it out to FOCUS.

Just a few days later though, Ahmed showed up to our second Campus Ministry Fair! He was able to engage in more conversations with people from our community. Another member of the Campus Renewal team told me that he’d also met and talked about Jesus with Ahmed before, which tells me God had been pursuing Ahmed through our group for a long time.

Watching the Lord pursue Ahmed right before my eyes is so special, and what I love the most is that it started with something as simple as a free cup of coffee. Never underestimate the power of love, the most precious free gift of all. 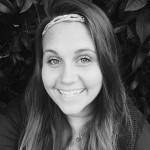 Megan is a campus staff for Campus Renewal at Kennesaw State University in Georgia.  She became involved with our movement when she attended an event that a friend invited her to, and joined the CR leadership team soon after in the fall of 2014.  Megan has a heart for reaching the lost and seeing God’s promise in Isaiah 58:12 fulfilled.