It is weird knowing that next year the NBA landscape will be different as Kobe Bryant, one of the players that has defined my generation, has hung up his sneakers. In his last game at the Staples Center, Bryant dazzled the crowd with his aging body one last time scoring 60 points. He later stood in center court, thanked the crowd, and as final ode to his alter ego, echoed the words “Mamba Out”, gesturing the end of his career and legacy as someone who changed the game of basketball.

As I reflect on a year of many legends retiring in professional sports, I think about the constant transitions faced in campus ministry. We’re faced with the reality that seniors have graduated and a new batch of freshmen will soon arrive this upcoming fall. This semester, the most common conversations I had with graduating seniors went like this: “What’s next? Where do I go from here? I’m scared I didn’t figure it all out when I was in college.”

In the past, I would be quick to respond by asking, “What’s your passion? What do you love to do?” I would try to remind them of what they’re good at and encourage them to push forward in those skills or interests. I often found that I was quick to offer advice and quick fixes to solve their problems. However, after three years of being on the field, it has dawned on me that this isn’t the right approach.

As I watched Kobe Bryant retire, after having spent decades crafting his skills and talents to perform at the highest level, I saw him deliver farewells and goodbyes. Bryant saw that, after times of success as well as opposition, it was okay that it was time to leave the game of basketball and pursue new ventures.

Students graduating from college and leaving campus ministry encounter a similar experience of honing their skills and facing opposition. As they search for peace in moving forward towards their next journey, they deal with the myth that the best moments of their lives have now passed. However, we have to challenge this, reminding them that God has promised even greater adventures in the chapters to come. Whether they figured it all out in college or not, they will face failure — that’s part of the adventure! We have to teach them to embrace that failure.

Failure as a Catalyst

I heard Conan O’Brien deliver a speech to the Dartmouth Class of 2011. He said, “It is our failure to become our perceived ideal that ultimately defines us and makes us unique. It’s not easy, but if you accept your misfortune and handle it right, you’re perceived failure can become a catalyst for profound re-invention.”

For believers, this catalyst for profound re-invention is walking in the spirit and in God’s faithfulness. Through our encounters, we begin to understand that failures and overcoming obstacles help us journey with peace and assurance. Our dreams when we’re 22 will not necessarily be the same when we’re 32. They are ever-evolving.

I remember experiencing many disappointments in my first two years out of college working in ministry. The beauty is though that through those disappointments, I gained clarity, and with clarity comes conviction and true originality and identity in Christ. 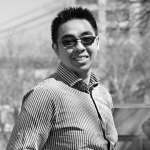 Anthony Deng is the New York City Campus Coordinator for Campus Renewal. He leads and coordinates volunteers for events such as One Cry and helps facilitate the student core team. Anthony was born and raised in New York City, graduated from City College of New York, and has a B.A in History and Asian Studies. Anthony gives New York City tours to freshmen of various campuses, showing students various hidden gems. In addition, he loves to play and watch basketball and football and is an avid fan of the Pacers and Colts.