Knoxville, TN — On September 20, 2016, various campus ministries at The University of Tennessee, Knoxville, came together to put on an event entitled, “How Should Christians Respond to Racism?” in order to address the issue of racism in our culture. The event featured a speaker, Mark Charles, and was followed by a time of discussion and prayer in response.

With the recent race issues that have occurred across the US, the immediacy to address the issue of racism was largely felt by campus ministries at the university.  Students and ministers came together from across twenty different ministries, and planned as well as fundraised for the event in only two weeks.

Gary Peacock, Director of Campus Renewal at UTK, said that it was both “beautiful and incredible to see what God was doing” by using an issue that has brought strife and division, to bring his people together.

Mark Charles, a Native American speaker and writer, brought a challenging and refreshing perspective during his “Call to Lament”. He told his story about how he was angry for years about the oppression of Native American and Islamic people, but realized that his anger was neither constructive nor fruitful.

Charles called the audience to understand the importance of outwardly expressing both lamentation and grief to one another. He believes that doing so brings God’s people together in unity, and allows us to stand side by side with each other through the most difficult times.

“God usually brings lamentation before He ever brings revival,” Charles stated at the event. He continued by saying that racism could not be fixed overnight but reminded the audience that, “we have a kind of God who pushes for change”.

At the end of the event, Peacock said, a graduate student told him that this was the first time in which “what [she] felt in her heart was articulated and people actually listened and thought about it”.

“How Should Christians Respond to Racism?”captured the attention of the entire community and has already brought about significant change in the conversations of students on campus. Peacock has witnessed this change and believes that the night was truly transformational. “I have never been to an event where I felt so shell-shocked, where you go ‘this has really changed my week,’” he said.

With this impactful event, students at The University of Tennessee, Knoxville, have re-evaluated what it looks like for a community to come together to lament, pray, and stand with one another. 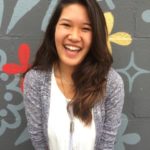 Jennifer is a student in the Texas Creative Sequence at The University of Texas at Austin. She is a Young Life leader and is actively involved in CRU and The Austin Stone Kids Ministry. Jennifer hopes to one day be a copywriter and use writing as a tool to spread the gospel.