“Dei Sub Numine Viget (Under the Protection of God She Flourishes)” ~Princeton University, 1746

God has an inheritance for college campuses in America.

I live, work, pray and worship right outside of Harvard University’s campus where much of the old architecture still displays its original stone crest with two open Bibles and one closed, with the words “Veritas Christo Ecclesiae”.  Yale, also, was founded as a place “wherein Youth may be instructed in the Arts and Sciences and through the blessing of the Almighty God may be fitted for Publick employment both in Church and Civil State.”1 Furthermore, Princeton, Brown, Rutgers, and Dartmouth were all birthed out of revivals of the First Great Awakening2.

History of the Students Being Called to Mission

Throughout the late 1800s, Dwight L. Moody traveled, calling youth and college students to missions and revival. Seven university students in England marked their place in history as “The Cambridge 7,” who left their homes to serve as missionaries in China. A few years later in America, one hundred university students in western Massachusetts responded to Moody’s call and gave their lives as overseas missionaries.

Soon after that, two Princeton graduates, John Forman and Robert Wilder, continued to spread this message and saw another 2,000 students make the same pledge. Later, John R. Mott of Cornell University became chairman of this movement that became formally known as The Student Volunteer Missions Movement.

This movement believed for “the evangelization of the world in [their] generation”3. I believe the eyes of the Lord are on current college students for another movement like this to happen for the second time in history.

The student group I help lead the Justice House of Prayer in Cambridge, Massachusetts, has caught a vision from God to see the world again transformed by zealous, total lovers of Jesus on colleges and universities. They carry a fire for intercession, a burden for God’s heart for the lost, and the diverse and unmatched brains of Boston and Cambridge students.

Here’s where you come in:

Throughout 2017, these students are planning to visit as many campuses on the east coast as possible. They want to pray with student leaders and local pastors about the history of revivals at those specific schools, and how we can all partner together to intercede for the promises of God on campus.

We’re calling this effort “Awaken” and its purpose is to encourage student communities to intercede for the promises of God on their campus, grow in unity with the local church, and catalyze a missions-sending movement to the ends of the earth.

If you are part of a local church that interacts with college students, a parachurch ministry that works directly with students and faculty, or if you are a student yourself, we want to connect with you! Please comment at the bottom or contact me directly via email (kak245@cornell.edu).

I am excited! In the past few weeks, I have walked around Harvard’s campus and the atmosphere feels different. The ground groans with anticipation of revival, as ancient wells are being dug up, and the destiny of the school is called into being. As young prophets, apostles, and evangelists emerge from the ancient bricks, I can see it — the bride coming together, hoping, knowing, trusting,  and believing “for the sons of glory to be revealed”. It’s happening on your campus too! Do you see it? 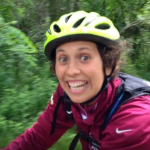